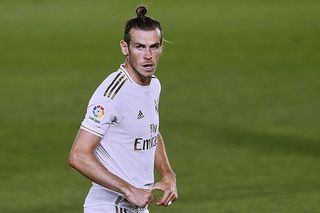 Manchester United had a helicopter on standby as they tried to hijack Real Madrid’s deal for Tottenham star Gareth Bale in 2013, David Moyes has revealed.

The current West Ham boss had just succeeded Sir Alex Ferguson in the Old Trafford hot seat at the time and wanted to make an immediate statement in the transfer market.

Bale eventually joined Madrid in a then-world record £85 million deal, which Moyes admitted was a great career move as the Welshman went on to win four Champions League titles.

“Gareth Bale was probably the first name I thought of when I got the job,” Moyes said.

“I thought Bale was a Manchester United player. He was the right type. United have a great history of wide players with George Best up to Ryan Giggs and a whole of lot of other brilliant ones in between.

“I wanted Gareth Bale to be my first signing at Manchester United. But it was already down the road a bit with Real Madrid. I tried to hijack it.

“We did everything we could to try and get the player. We even had a helicopter at the training ground to take him and bring him back.

“We thought we had a chance. But he chose real Madrid and he made a brilliant decision because he went on to win four Champions Leagues. He’s had a brilliant career.”

Bale could make his second Spurs debut against Moyes’ Hammers on Saturday, after securing a loan move back to the north London club over the summer.

TALKING POINTS Can Everton end their derby-day hoodoo? 8 things to look out for in the Premier League this weekend