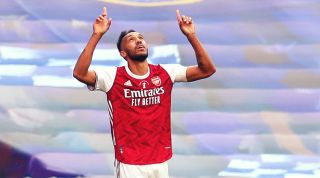 Place your best here with the promo code 888ODDS

Pep Guardiola will once again lock horns with his erstwhile assistant Mikel Arteta, with Manchester City desperate to get back to winning ways against Arsenal.

In the end it was overshadowed by Tottenham’s 6-1 defeat of Manchester United and Aston Villa’s 7-2 mauling of Liverpool, but City’s 1-1 draw with Leeds last time out was a genuine thriller.

Yet while the neutrals will have relished the anarchic, end-to-end nature of that contest at Elland Road, Guardiola will have been concerned by his team’s lack of control.

City were again vulnerable to opposition transitions, just as they were in the 5-2 thrashing by Leicester the week prior. Ruben Dias should strengthen their backline after arriving from Benfica, but defending is not only about personnel and City will need better structural organisation to keep Arsenal quiet on the counter-attack.

The Gunners have had a decent start to 2020/21, taking nine points from a possible 12. Their only loss to date came against Liverpool at Anfield, but Arteta will hope to avoid defeat at the home of another title contender on Saturday.

Pierre-Emerick Aubameyang should be passed fit to start after sustaining a minor sprained ankle last week, but Kieran Tierney will play no part after being forced into self-isolation.

Eddie Nketiah impressed on international duty with England Under-21s, but Alexandre Lacazette is favourite to start up front for the visitors to the Etihad Stadium.

City will probably have to make do without Kevin De Bruyne for the visit of Arsenal, with the attacking midfielder reportedly a “major doubt” after withdrawing from the Belgium squad with injury.

Raheem Sterling has a tight hamstring but is expected to overcome that ailment in time for Saturday, but Sergio Aguero remains sidelined with a knee problem. Sterling or Riyad Mahrez could deputise up front if Gabriel Jesus is not fit enough to return.

Kick-off is at 17.30pm BST and the game is being shown on Sky Sports Main Event and Sky Sports Premier League in the UK. See below for watching details where you are.

SEE THE FULL SCHEDULE Premier League live streams: How to watch every game on this weekend

GET SKY SPORTS AND BT SPORT ON NOW TV

GUIDE 88 Premier League games in one place! How to watch BT Sport, Sky Sports and BBC games on a Now TV Stick

If you’re on holiday or just simply out of the country, your domestic on-demand services won’t work – the broadcaster knows exactly where you are from your IP address. Your access to the game will be automatically blocked, which is annoying if you’ve paid a subscription fee and don't want to use an illegal, buffering stream that makes you miss another Bukayo Saka assist. And that's where we recommend ExpressVPN (more on which below).

All you need to do is get a Virtual Private Network (VPN) to get beyond such aggravations (assuming it complies with your broadcaster’s T&Cs). A VPN creates a private connection between your device and the internet, meaning suppliers can’t work out where you are and what you’re doing. The info going to and from is entirely encrypted.

There are plenty of options out there, including:

FourFourTwo’s brainy office mates TechRadar love its super speedy connections, trustworthy security and the fact it works with Android, Apple, Roku, Amazon Fire TV, PS4 and loads more. You also get a money-back guarantee, 24/7 support and it's currently available for a knockdown price. Go get it!

NordVPN 2 Year
US$3,71
/mth
NordVPN 1 Year
US$4,92
/mth
NordVPN 1 Month
US$11,95
/mth
Visit Site
at NordVPN
Quality mobile and desktop clients
Up to six connections and value pricing
Great performance in our tests
Not the best user experience at all times
Some historic security breaches

A cheaper option; its cheapest package current averages at a wallet-friendly £2.29 per month.

Slightly more expensive but supports up to 10 devices, and you can pay for it every three months if you need to.

How to watch a Premier League live stream in the UK

Sky Sports and BT Sport are the two main players once again, but Amazon also have a slice of the pie in 2019/20.

If you don’t want to commit to a monthly contract, then NOW TV are currently offering up their Sky Sports Monthly Pass for just £9.99 (usual price £16.99) – it'll get you access to all of their Premier League and Football League offerings, including this game. Hurry, though: this offer ends at 23:59 BST on September 30.

How to watch a Premier League live stream for US subscribers

NBC Sports and Telemundo are the Premier League rights holders (in English and Spanish respectively). The Premier League Pass will give you 380 matches live to stream on-demand, plus shows highlights, analysis and on-demand replays for $64.99. For a cheaper alternative, the Matchday Pass showcases 140 live games for $39.99.

Head back to our VPN advice so you can take advantage when you're out of the country.

How to watch a Premier League live stream for Canadian subscribers

DAZN subscribers can watch every single Premier League game in 2019/20 – and it gets better. After a one-month free trial, you'll only have to pay a rolling $20-a-month fee, or make it an annual subscription of $150.

Want in while you're out of Canada? Scroll back up and check out the VPN offers above.

How to watch a Premier League live stream for Australian subscribers

Optus Sport are offering every game of the Premier League season for just $14.99/month for non-subscribers, which you can get via your Fetch TV box and all of the other friendly streaming devices.

To take advantage while you're not Down Under, follow the VPN advice towards the top of this page.

Spark Sport are serving up all 380 games – plus various highlights and magazine shows throughout the week – for $19.99 a month, after a one-month trial.

It's also available via web browsers, Apple/Android devices, Google Chromecast and some Samsung TVs; Apple TV and Smart TV compatibility should be coming later in the year.

Check out our VPN deals to watch when you’re not in New Zealand.

How to watch a Premier League live stream for Malaysian subscribers

Astro has secured Premier League rights for three seasons from 2019/20, and have every game available for viewing.

How to watch a Premier League live stream for Singaporean subscribers

You can watch all matches live with Singtel's Sports Plus, with current non-contract deal from $49.90.

For tips on how to view when you're out of the country, scroll back up for our VPN offers.

Champions League live stream best VPN: how to watch from anywhere in the world

Barcelona live stream: how to watch wherever you are in the world

Real Madrid live stream: how to watch anywhere in the world

While you’re here, why not take advantage of our brilliant subscribers’ offer? Get the game’s greatest stories and best journalism direct to your door for only £10.25 every three months – that’s just £3.15 per issue! Save money with a Direct Debit today