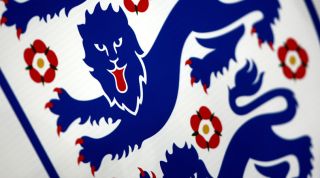 Seven minutes on the clock, 40 countries to guess.

You’ve generally got to be a tiny bit imaginative when you’re dreaming up a nickname for your national side. For example, lots of countries go with the Lions (yawn) or the Dragons (they don’t even exist).

The Three Lions works though (because they're… three times better?), while the Indomitable Lions is stronger still. Roar. Other nicknames just don’t catch on. Scotland are apparently the Tartan Terriers, but that rings few bells with us. At least their supporters – the Tartan Army – have a real nickname to be cherished.

As do these fine national teams, each with a nickname that sends chills down the backs of their rivals.

It’s time to try to name all 40, from the All Whites right down to that trio of big cats. Some of them aren't massively famous - but that's part of the challenge...

While you’re here, subscribe to FourFourTwo and save 48% – available until Christmas. It’s the perfect gift idea for anybody who loves football (including yourself)!