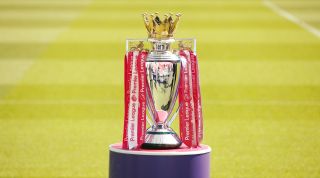 Want to find every single Premier League live stream? You're in the right place.

The rights are split between Sky Sports, BT Sport Amazon Prime and the BBC this season, with every single match in September broadcast live in the United Kingdom.

DID YOU KNOW? You can now get BT Sport, Sky Sports and BBC on Now TV – find out how here

Here, FFT explains what the next Premier League games to watch are, and how you can watch every game from anywhere in the world.

What are the next Premier League games on TV?

If you’re out of the country for a round of Premier League fixtures, then annoyingly your domestic on-demand services won’t work – the broadcaster knows where you are because of your IP address (boo!). You'll be blocked from watching it, which is not ideal if you’ve paid up for a subscription and still want to catch Steve Bruce’s extra-red face without resorting to illegal feeds you’ve found on Reddit.

But assistance is on hand. To get around that, all you have to do is get a Virtual Private Network (VPN), assuming it complies with your broadcaster’s T&Cs. A VPN creates a private connection between your device and t'internet, meaning the service can’t work out where you are and won't automatically block the service you've paid for. All the info going between is entirely encrypted – and that's a result.

There are plenty of good-value options out there, including:

FourFourTwo’s brainy office mates TechRadar love its super speedy connections, trustworthy security and the fact it works with Android, Apple, Roku, Amazon Fire TV, PS4 and loads more. You also get a money-back guarantee, 24/7 support and it's currently available for a knockdown price. Go get it!

A cheaper option; its cheapest package current averages at a wallet-friendly £2.29 per month.

Slightly more expensive but supports up to 10 devices, and you can pay for it every three months if you need to.

How to watch the Premier League live for UK subscribers

Every game for the rest of the season will be televised or live streamed, with the rights split between Sky Sports, BT Sport and Amazon. Free-to-air highlights are available via Match of the Day on the BBC.

Sky will still show the majority of the games, 64 of them, while BT will cover 20, and Amazon and the BBC showing four each.

Watching a Sky Sports game anywhere you like is easy on your mobile, tablet or PC via Sky Go. You can add every Sky Sports channel for £23 a month, or just the football for £18, or – if you don’t fancy a monthly or yearly buy-in – NowTV offers daily, weekly, monthly and yearly passes from £9.99 a day. They also offer a Sky Sports Mobile Month Pass (£5.99 a month), Sky Sports Week Pass (£14.99) and NOW TV Sky Sports Month Pass (£33.99 a month).

BT Sport is available is free for new BT broadband and TV customers, £6 a month for existing customers and from £25 a month for current Sky TV customers. Subscribers can use the BT Sport app or BTSport.com to watch on their mobile or PC streaming service.

The Amazon matches will be shown free without an Amazon Prime subscription.

How to watch the Premier League live for US subscribers

In the US, NBC Sports and Telemundo will continue to show live Premier League games (in English or Spanish, depending on your preference). If you shell out for the Premier League Pass, you get all 380 matches live to stream on-demand, plus shows highlights, analysis and on-demand replays for $64.99. That’s more than the poor Brits manage, and you get to watch Chelsea superstar Christian Pulisic every week. If that price is a bit rich for your blood, though, the Matchday Pass shows 140 exclusive live games (a minimum of four per club, no replays available) for $39.99.

Whatever way you look at it, that’s a great deal. Scroll back up to our VPN advice to catch games when you’re away from the Land of the Free.

How to watch the Premier League live for Canadian subscribers

Just like their North American neighbours, lucky Canadian football fans can watch every single one of the Premier League’s 380 games in 2020/21 - it's available on DAZNstreaming platform. They’re offering a one-month free trial, followed by a rolling $20-a-month or annual subscription of $150. DAZN supports iOS and Android phones and tablets, Amazon Fire TV, Android TV, Chromecast, Apple TV and a gaggle of Smart TVs.

To keep up-to-date with what’s going on in the football world, scroll back up the page and get yourself VPN.

How to watch the Premier League live for Australian subscribers

Good news for fans of the round ball game Down Under, Optus have a shiny new three-season deal to show every game of the Premier League season. There are various deals available for existing Optus customers to add football to their package, but you can now get Optus Sport for just $14.99 a month for non-subscribers. It’s available via the Fetch TV box, your Xbox console, or from compatible streaming devices such as phones or tablets supporting iOS and Google Play, plus Amazon Fire TV, Apple TV and Chromecast.

Check out our VPN advice to watch the game when you’re away from Australia.

How to watch the Premier League live for New Zealand subscribers

Across the Tasman Sea, those who can’t live without their live football fix in New Zealand can watch all 380 games – plus various highlights and magazine shows throughout the week – on streaming service Spark Sport. You can get yourself a one-month free trial, with further access at $19.99 a month.

Spark Sport is available via web browsers on your PC, plus Apple and Android phones and tablets. You can also watch on Chromecast and selected Samsung TVs, with plans to make the app available on Apple TV and Smart TVs later in the year.

Scroll up for our VPN deals to watch the game when you’re not in New Zealand.

Who are the favourites for the Premier League?

This season, Manchester City are the 1/33 favourites to take the trophy back off Jurgen Klopp's Liverpool. The Reds weren't as red-hot towards the end of the season, but they're still second-favourites, in at 1/14. It's looking like a two-horse race this year, once again.

Other sides have strengthened, however. Chelsea and Manchester United, who also finished in the top four and spent accordingly over the summer to improve, are 1/2 to scoop the top prize.

Who are the favourites to be relegated from the Premier League?

Poor West Brom. They're evens to go down after a stuttering end to last season's Championship campaign. Super Slaven Bilic will be hoping to prove all the doubters wrong though - remember that last year Sheffield United were odds on for the drop.

Fulham are next best odds, according to the bookies. That's what happens when you come up on the play-offs though. And below them, it's Aston Villa who scraped survival by the skin of their teeth on the final day of last season.

Who will be the top scorer in the Premier League?

Mohamed Salah, Pierre-Emerick Aubameyang and Timo Werner all the lead the odds this time around - but it's anyone's guess.

English trio Harry Kane, Danny Ings and Jamie Vardy are big favourites, while Sergio Aguero and Raheem Sterling from Man City are also high up on the list. If you're looking for a FFT tip though, try Anthony Martial - most bookies don't have him as a favourite but as the focal point of an explosive United side, he could prove some naysayers wrong.

Bundesliga live stream: how to watch Bayern Munich and Borussia Dortmund anywhere in the world

Champions League live stream best VPN: how to watch from anywhere in the world

Barcelona live stream: how to watch wherever you are in the world

Real Madrid live stream: how to watch anywhere in the world

While you're here, why not take advantage of our brilliant subscribers' offer? Just £3 for the first three issues – the game's greatest stories and best journalism direct to your door. Cheers!